The Blog About Her Artwork & Things

I have a new baby girl! She is small, fury, and very playful.

A few days ago I adopted a Chihuahua mix breed puppy from a local rescue.
She took to my youngest very quickly. The two girls have been inseparable since…. well, except during school hours. But as soon as we come home she pounces, bounce, prances all around. It is a delight to have a dog in the house again, no matter what the cat thinks!

We had to put our Shepherd to sleep this past July. It was heart breaking. She was almost 13 years old, had terrible arthritis and her body was failing to function properly. In September, I started looking at puppies, breeds, breeders, rescue centers. I had a potential puppy picked out and already named, when my husband stated; we are going to have two dogs this time around. The youngest wants a small dog, and he wants a large dog to run with. My favorite rare breed picks had to be discarded.

In my journey, I have discovered that no matter how you come to have a dog in your American home, it will be difficult. Rescues pride themselves on giving death-row dogs, homeless dogs, and seized dogs new homes, but most must have some weird higher than the Queen of England standards to live by to be accepted for adoption. Even one has an unnecessary rule about having to have a dog in the house already. Which doesn’t help anyone because not everyone can or wants to have multiple dogs.
And then breeders seem to feel like they have the same rights to a puppy as they would if the two of you were a divorced couple with a human child. You have to notify them of everything that happens with the dog; copies of veterinarian papers, if you move, if you go on vacation. There should be strict regulations on breeding, but not so much on homing the animals. If you can’t let the animal go to a good home, then you shouldn’t be in that trade.

When we bought our German Shepherd in England, it was so simple. We decided on which breed we wanted. I contacted a person. There was a pup available. We met. We fell in love. We went back when the puppies were old enough for their new homes, payed and took her with us.

SIX applications were filled out before ONE rescue replied back. With thousands of animals in need of a home, I find this unacceptable. There needs to be less red tape about letting good people adopt.

The debate of having two dogs is still open. I think if my husband really wants another dog in the house, he should just come back from working out of the country with a pup in tow because I do not look forward to going through this again any time soon. Well, maybe, if we work with the same rescue again. Because she seemed really good about giving all her rescues good homes.

Now for some pictures! 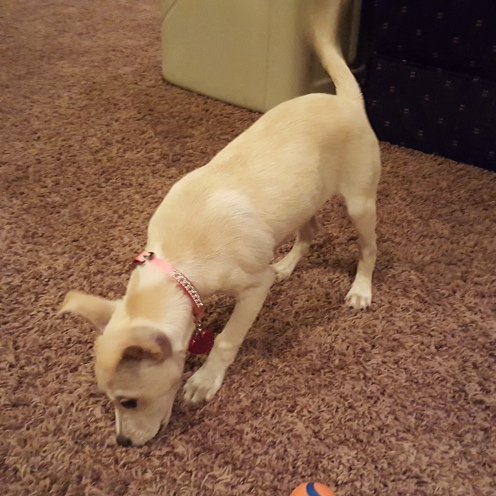 Check out the new home 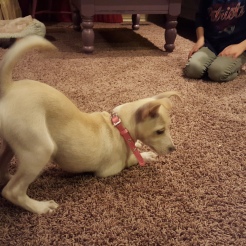 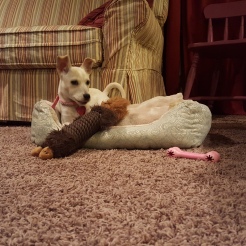 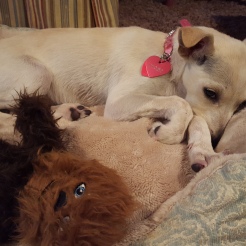 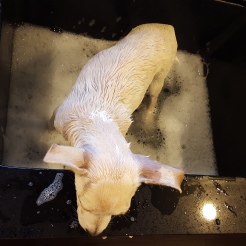