The Blog About Her Artwork & Things

Last fall I signed up for a Threadless Artist Shop, and now it is active!  There are currently only three images up as the notice that was sent to open my shop came at a bad time for me. We are currently working on remodeling a bathroom, and it takes priority over everything else. It should be done by this weekend. YAY! I hope to start adding more digital artworks starting in late April.  Please visit kimberlyjt.threadless.com and view my hummingbird, hyacinth and wolf on a selection of tees for women, men and kids.

A screenshot of my new t-shirt store on threadless.com

If you are an artist, and would like to join Threadless, visit this page to see how you too can open an Artist Shop.

In August 2013 we went to Profile Falls, located in Bristol New Hampshire. The waterfall is named for a shadow effect that you can sometimes see on the right side of the waterfall.

This is a local swimming hole and there were a few bathers to work around. If you are going in for a dip, you have to be careful as there are a lot of rocks in the water. Yes the water is cold. To me it felt colder then the ocean is these days. The river also has a strong current. Boating and hiking is done at the park and in the winter there is a snowmobile trail.

Across the road from the waterfall is the boating launch site, where there is a small meadow and a view of the surrounding mountains. You can find butterflies, caterpillars, snakes and spiders here. There is plenty of flowers and plants to see at the park.

Now, I was not looking to photograph the profile, but stare at the pictures all you want to try and see the profile. 🙂 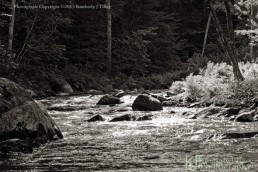 A view of the rocky Smith river, coming around the bend. 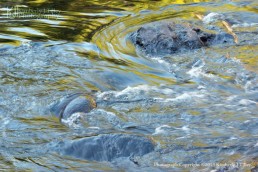 The motion of the water working it’s way around some rocks in the river.

A photograph of a waterfall in Summer. 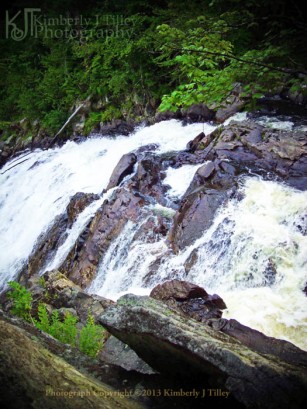 A top view of Profile Falls in Bristol NH.

A black and white photograph of a waterfall.

A different angle of Profile Falls.

This is from when the river was overflowing; it created a pool on the edge of the river, which spouted the growth of ferns, grasses and other plants. 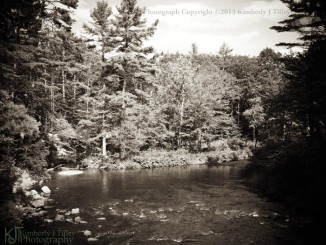 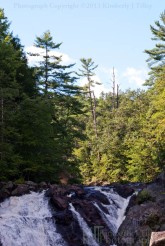 A photograph of a waterfall.

A view of the rough terrain on one side of the Smith River.

A photograph of plants around wet rocks near a river.

A view of the Smith river with the embankment bordering the top edge of the photo.

A top view looking down from Profile Falls.

A photograph of ferns, grass and other plants surrounding rocks along the banking of a river.

A small erect stone on the rocky bank of a river.

A black and white photograph of a waterfall.

Profile Falls and the Smith River in black and white.

Profile Falls and the Smith River.

The bridge over the Smith River, at the top of Profile Falls,